Some devote a lifetime to the endless pursuit of love. Others spend even longer trying to outrun it. Between the shimmering lights of Paris and New Orleans’ commercialized sin, author J.D. Lexx embarks on his latest hunt. Once content to walk blindly in the light, these days he prowls a different world, one of shadow and sensuality where flesh yields to the probing hungers of fantasy. Driven by painful reminders of opportunity left unseized, he roams, tirelessly seeking the next in a growing collection of Crimson Confessions.

Yet these tales of conquest and seduction which have brought such notoriety are merely bait for a more transcendent prey. The one he truly stalks is infinitely more elusive, and lethal in her charms. To win her over, and write the happy ending to this unfinished story, an infamous collector of secrets must now lay his own bare for all to see. Chasing a trail of enticing exploits stretching from Sin City to Prague, every stop leads him back to the beginning…and one step closer to her. 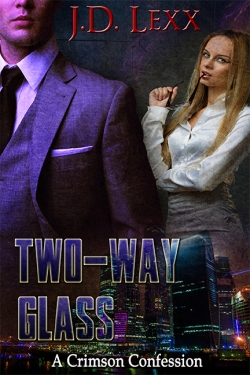 True love, a beautiful family, and hordes of adoring

friends. Morgan Parker didn’t give a damn for any of it. For as long as he could remember, all that mattered was his one-way climb up the partnership track. That is, until the day he made it to the top and finally stopped to enjoy the view.

Now, with the biggest case of his career looming on the horizon, the young attorney finds himself increasingly enamored with the flirtatious “Sirena” in the window across the way. But when a harmless voyeuristic game escalates toward obsession, will Morgan see the challenge through to the end or cave to the rising intensity, accepting the most frustrating defeat of his life? The jury is still out…

For years, one thing kept troubled young Christine Bexley on the right side of a life beyond salvation—the promise of a unique apprenticeship, as soon as she came of age, under childhood crush and world-renowned orchidologist, Richard Mitchell.

After three years of flirtation and shameless attempts to seduce her mentor, Christine now stands at the eve of her twenty-first birthday, a gifted orchidologist in her own right. But is she truly ready for the fabled Orchidarion? An exceptionally cruel test of skill and concentration, it can only be administered by those who have already mastered it. Success would place her among the absolute best in the world. But can Christine overcome this final obstacle to complete her ascendance, or has Richard’s opportunity just blossomed for a long and hard payback?

For some, the kitchen represents a sanctuary of the senses—a mergence of soul and sustenance that licks at the flesh while teasing the mind’s pleasure. To others it’s but a steely hive of horror. Then there’s Jessica Ames, a canned soup kind of girl in a land of haute cuisine whose aversion to culinary adventure once seemed all but incurable. When she catches the eye of celebrity chef Marco Adriano at a pretentious rooftop soiree, his uniquely sensual take on food whets an appetite that may just prove insatiable. If only they’d had more time.

Months later, when fate and mischief bring them together again for a dangerously intimate lesson, Jessica vows to jog Marco’s memory of that evening and repay his inspiration. But is she the only one their initial encounter left hungry for another taste or was that night a simple apéritif for the main course still to come?